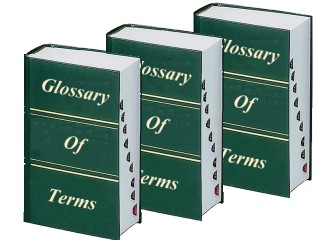 When you first enter the field of aquatics you soon discover that there are words and terms being used that you do not fully understand.

To help you we have created a Glossary section, with a list of words commonly used, along with a brief description explaining their meaning.

Hopefully this will not only give you the confidence to be able to ask the right questions, but that you will also be able to understand the answers!

Water with a pH reading of less than 7

A clear plastic material that is used to make aquariums. It has similar properties to glass, but is much lighter.

A fluorescent bulb that emits blue colored light, which is often used in marine tanks

A small fin possessed by some fish. It is located behind the dorsal fin

Existing or active in the presence of free oxygen.

A rapid growth of algae

Water with a pH reading of greater than 7

A fish born in fresh water that then migrates to a saltier environment Catadromous.

Existing or active in the absence of free oxygen.

A salt that is used in freshwater tanks to treat disease. This is not the the same as marine salt!

Arranging plants and decorations in a tanks, the equivalent of landscaping

Abbreviation of biological load, which is the fish waste that needs to be processed by the filter

Larvae from the family Chironomidae, used as fish food

Wood that has been preserved in a peat bog.

Water that is slightly salty

A group that includes amongst others Tetras and Piranhas.

A chemical element that is frequently added to domestic water supplies. This can prove toxic to fish. Chlorine dissipates from water if it is left to stand for a day, or it can be removed by using a dechlorinator

A deposit of fish eggs

An aquarium populated with fish from several different species

Establishing the nitrogen cycle in an aquarium

A freshwater crustacean used as as fish food

Active during the day

A fin on the top of many fish.

Fishes body becoming swollen due to fluid accumulation. This is a symptom of various diseases

The device used to remove waste particles and impurities from water

A female fish who is ready to spawn.

Water containing a high proportion of dissolved minerals and solids.

An instrument used to measure the salt content in water

An organ that allows fish to obtain oxygen from the air

Fins that are not paired

An animal that eats both meat and vegetable based foods

The organ through which a female fish deposits her eggs

A measurement of the degree of acidity of water. pH 7 equals neutral water. Below this it is acidic, and above it is alkaline

An aquarium that also has a land area

A tube on a male fish used to fertilize eggs

Fins based on the sides of the fish.

This is used in saltwater tanks to remove organic pollutants

Water that has been purified by reverse osmosis

The amount of salt in the water

Containing a low proportion of minerals and solids

Material at the bottom of the aquarium eg: sand or gravel

The internal air sac which can contains controls a fished buoyancy

The calculated from water surface to the top of the substate